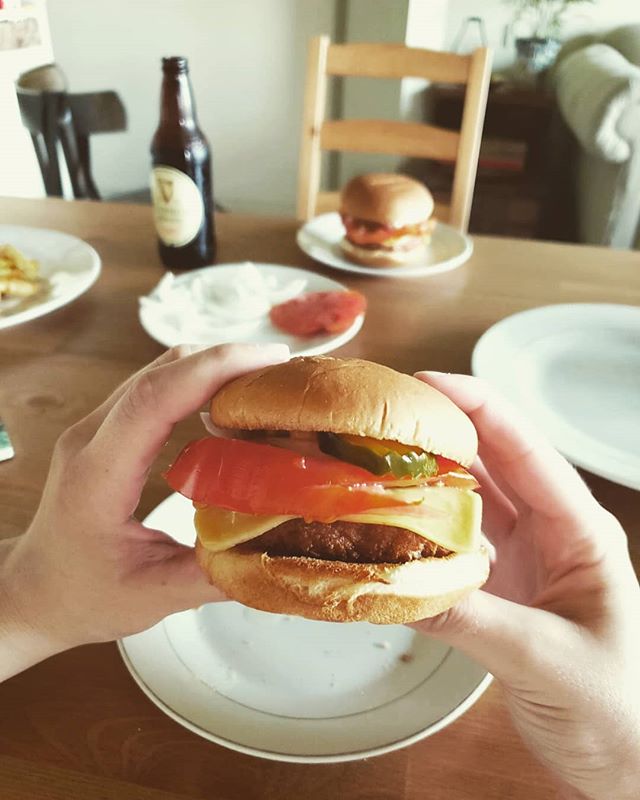 via Instagram https://ift.tt/2jEib2l b e y o n d m e a t
.
As much as I hate that most people won’t just reduce their meat consumption because of the many benefits it provides, I also know how shifting our perspectives and playing along with human nature can be incredibly beneficial to the causes this diet promotes. It seems the reason people eat meat as much as they do has to do with a combo of culture, habit, cost, and convenience. As we’ve found ways to cut cost in meat production through the horrors of factory farming, individuals have only purchased more and the industry has tried even harder to avoid addressing the truth. .
That being said, it’s pretty obvious that tactics like blaming individuals for their food choices or trying to convince the word of the environmental, health, and moral benefits of reducing meat consumption doesn’t really work. Not only do a lot of people feel powerless in the face of reality, we’re all REALLY good at avoiding thinking about the things that aren’t directly in front of us if it aligns with how we prefer to live. LUCKILY, human innovation is a great thing. The people behind brands like @beyondmeat and @impossible_foods are revolutionizing what it means to eat a plant-based diet that actually appeals to people who wouldn’t consider it otherwise.
.
While I’d like everyone to be more reflective and intentional in their lives, I find that the real change is going to come when most people don’t have to think about doing the right thing at–It’s simply the easy choice.
.
.
.
.
#bethechange #consumerculture #believeinbetter #thevegansarecoming #theveganclub #innovation #innovations #foodinnovation #foodie #foodiesofinstagram #beyondmeat #beyondburger #homemadeburgers #burgerporn #cheeseburgers #plantbasedburger #plantbased #plantbasedlife #plantbasedlifestyle #changeisgood #humaninnovation #climateactionnow #climatechangeishere #eco #veganeats #sustainableliving #ipreview via @preview.app